Researchers from Harvard University’s John A Paulsen School of Engineering and Applied Sciences (SEAS) in Massachusetts, have created an acoustophoretic 3D printing technique which uses sound waves to form drops of a wide range of viscous fluids into additively manufactured structures.

According to the study published in the latest edition of Science Advances, this new patterning method “will drive scientific advances in the areas of optics, electronics, biology, and beyond.”

“Our goal was to take viscosity out of the picture by developing a printing system that is independent from the material properties of the fluid,” said Daniele Foresti, First Author of the paper, the Branco Weiss Fellow, and Research Associate in Materials Science and Mechanical Engineering at SEAS and the Wyss Institute.

A myriad of inks

Inkjet 3D printing utilizes fluid liquid droplets of microliter-to-nanoliter volume to form solids; however, this process is limited to low viscosity inks that are approximately 10 to 100 times higher than the viscosity of water, according to the study. This rules out the 3D printing capabilities of vital biopolymer and cell-laden inks used within biopharmaceuticals and 3D bioprinting as well as sugar-based biopolymers, such as honey, which is 25,000 times more viscous than water.

To enable “myriad materials” experimentation, the SEAS research team built a subwavelength acoustic resonator capable of generating highly confined acoustic fields which can create pulling forces exceeding “100 times the normal gravitation forces (1G) at the tip of the printer nozzle – four times the gravitational force on the surface of the sun.”

“The idea is to generate an acoustic field that literally detaches tiny droplets from the nozzle, much like picking apples from a tree,” added Foresti.

The researchers tested the acoustophoretic 3D printing process on a wide range of materials, including honey to stem-cell inks, a cell-laden collagen solution, a UV-curable optical adhesive, and liquid metals. The controllable force from the custom resonator pulls each droplet off of the “acoustophoretic printing head” with a specified radius from 800µm to less than 65µm nozzle, and ejects it toward the printing target.

The researchers found that the higher the amplitude of the sound waves, the smaller the droplet size, no matter the viscosity of the fluid. In addition, as sound waves do not travel through the droplet, the researchers deemed this method as safe to use with sensitive biological cargo, such as living cells or proteins.

“Our technology should have immediate impact on the pharmaceutical industry,” said Jennifer Lewis, Senior Author of the paper and the Hansjorg Wyss Professor of Biologically Inspired Engineering at SEAS. “However, we believe that this will become an important platform for multiple industries[i.e., microfluidics and lab on chip devices].” 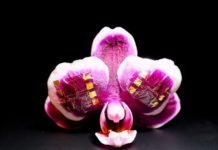 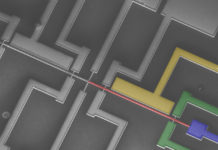