In 2017, the global demand for energy increased by as much as 2.1 %. The percentage may not seem like a large number, but it surely is a gigantic figure if we consider the amount of energy required to feed this increase. Over 70% of this energy demand growth is met by non-renewable sources of energy. This has led to a tremendous increase in carbon emissions and pollution.

Increasing the share of renewable energy sources in overall energy consumption seems the only viable option to reduce the pollution. But renewable electrification poses some serious problems such as huge initial investments, location-specific nature, government policies, etc. So, our research team at VIT University is looking into ways to integrate wireless power transfer (WPT) with renewable generation to mitigate these problems for faster adoption of clean energy sources.

The idea of integration of WPT to renewable energy sources goes back to 1968 when Dr. Glaser proposed the concept of a space power satellite (SPS). The idea was to send a massive geostationary satellite into space. This satellite would harness solar energy using solar panels and transmit it to the earth via microwaves. Using appropriate apparatus on earth, the microwave beam would be converted into electricity.

According to scientific calculations, its efficiency is estimated to be double to that of ground-based PV systems. However, the problem of transportation of massive components to geostationary orbit required scientists and engineers to develop a more feasible and economical structure. It is estimated that for the project to be feasible, a heavy launch vehicle with 100-ton payload capability needs to be developed. This led to the development of the concept of a hybrid system.

In this system, an additional platform is kept floating at 6km above the ground level called a High Altitude Platform (HAP). A satellite is used to transfer power from space to HAP via LASER. This power is sent to Earth by either electrical cable or using microwave power transmission. Since it uses LASER technology to send power from space to the platform the size of the space satellite can be reduced drastically. Thus, this system diminishes the problem of transportation of heavy components to outer space and the overall cost of the project. It is deemed as a starting point to produce energy in the air despite the fact that this system is plagued with inherent losses at an extra transmission step. Another point to consider with a hybrid system is that it since the platform is not stationary, a beam pointing technology needs to be incorporated.

Another area where major improvements have taken place is the EV market. Combustion vehicle contributes a major portion towards pollution and global warming. Thus, to curb the carbon footprint of vehicles, major automobile companies has been working on the development of eﬃcient EV. For improving the market shares of EV many new features are being added with every iteration.

Many organizations, such as KAIST University and ORNL, are working towards the development of commercial dynamic charging systems. Researchers at KAIST have filed over 180 patents and are currently testing their sixth generation of electric vehicles in an attempt to make a universal WPT, i.e., a vehicle that can be charged dynamically as well as statically.

All the notions presented are at a very primitive stage and will require a lot of research before it could be accepted as a mainstream technology. There are many issues which need to be solved at hand before WPT technology can be implemented in any kind of application.

One of the major problems can be the danger of electric shock. To ensure consumer safety, it is necessary to seal the conductors in a coil to prevent electric shocks. Another thing to consider is that high power may cause insulation or another electrical failure which may lead to a ﬁre hazard. Also, it is likely that the microwave beam used in some WPT systems will exceed the safety standard and cause harm to humans.

There exist many potential WPT systems in which it can be easily integrated with renewable sources. Some of these technologies have been presented in this article to show the eﬀectiveness of WPT technology. 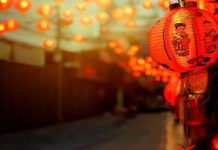