Hydrogen can play seven major roles in the energy transformation

Hydrogen is a versatile energy carrier and can be produced with a low carbon footprint. It can play seven major roles in the energy transformation, which span from the backbone of the energy system to the decarbonization of end-use applications (Exhibit 1):

As described, hydrogen has a wide range of applications in the energy system (Exhibit 2), with its role for the decarbonisation of the transportation sector among the most prominent ones. In the Hydrogen Council’s vision, in which hydrogen is deployed aggressively to limit global warming to 2 degrees, a third of the global growth in hydrogen demand could come from the transportation sector. By 2050, the members of the council believe hydrogen-powered fuel-cell vehicles could constitute up to 20 percent of the total vehicle fleet, some 400 million cars, 15 million to 20 million trucks, and around 5 million buses. In their scenario, hydrogen would play a larger role in heavier and long-range segments and hence contribute around 30 percent—higher than its share due to longer distances driven and lower fuel efficiency in these segments—to the total emission-abatement target for the road-transport sector.

In the council’s vision, hydrogen-powered locomotives could also replace 20 percent of diesel locomotives, and hydrogen-based synthetic fuel could power a share of airplanes and freight ships. In all, the transportation sector could consume 20 million fewer barrels of oil per day if hydrogen were deployed to the extent described.

Hydrogen and batteries are often portrayed as competing technologies, and batteries have received a lot of attention in recent years (“proton versus electron”). The relative strengths and weaknesses of these technologies, however, suggest that they should play complementary roles. Battery electric vehicles exhibit higher overall fuel efficiency as long as they are not too heavy due to large battery sizes, making them ideally suited for short-distance and light vehicles. Hydrogen can store more energy in less weight, making fuel cells suitable for vehicles with heavy payloads and long rages. Faster refueling also benefits commercial fleets and other vehicles in near-continuous use. How the technologies relate will depend mostly on how battery technology will evolve and how quickly cost reductions from scaling fuel-cell production can be realized.

By 2030, the equivalent of about 80 million zero-emission vehicles will be needed on the road, and by 2050, average CO2 emissions will need to decrease by 70 percent per passenger kilometer. Reaching these ambitious targets will require a range of powertrains and fuels.

Not only may battery electric vehicles (BEVs) and fuel-cell electric vehicles (FCEVs) not be competing, but the growing success of BEVs may actually drive uptake of FCEVs. Both technologies benefit as electric mobility becomes widely accepted and growing scale reduces the costs of electric drivetrains and other components. Industry experts believe that the total cost of ownership of BEVs and FCEVs could converge over the next decade and become competitive with internal-combustion-engine (ICE) vehicles 12 or 15 years from today.

Based on their entire life cycles, FCEVs achieve very low CO2 emissions, in part because they don’t require large batteries whose production is energy and resource intensive. Even when FCEVs use hydrogen from natural gas without carbon capture, they emit 20 to 30 percent less CO2 than vehicles powered by internal combustion engines. In reality, hydrogen is already less CO2 intense than this: a number of refueling stations draw their hydrogen supply from electrolysis with renewable electricity, and production from fossil sources can be paired with effective carbon capture and storage.

Priority segments and use cases could lead the way in transportation

As in other industries being transformed by technology, hydrogen adoption could come in waves (Exhibit 3).

Commercialization of hydrogen vehicles has already started for passenger cars, where it is most suitable for larger segments. Three models of FCEVs (Honda Clarity, Hyundai ix35/Tucson Fuel Cell, and Toyota Mirai)2 are offered commercially in Japan, South Korea, the United States (specifically, California), and Germany, and ten additional models are slated for release by 2020. Ridesharing or taxi services, which require high uptime, could drive early adoption, and ambitious national targets—such as 1.8 million FCEVs on Chinese and Japanese roads by 2030—could create additional momentum.

Hydrogen buses are starting to get traction due to concerns about local pollution, particularly in Europe, China, Japan, and South Korea. South Korea plans to convert 26,000 buses to hydrogen, and Shanghai alone plans to purchase and operate 3,000 fuel-cell buses by 2020. Vans and minibuses could also benefit from stringent regulations on delivery vehicles and other commercial fleets in cities.

Trucks that carry heavy payloads over long distances are another priority segment. With long ranges and defined routes, they might require less infrastructure: some estimates suggest that 350 filling stations could cover the whole United States. Established manufacturers such as Toyota as well as new start-ups like Nikola Motors have started building heavy-duty and long-haul trucks to capture opportunities in the booming freight-transport industry.

Fuel-cell trains could replace many diesel-powered locomotives on nonelectrified tracks. The first fuel-cell tramway is already operating in China, and the first “hydrail” train by Alstom will start taking passengers in Germany by the beginning of 2018.

To reach the ambitious 2050 target outlined in the vision, important milestones need to be reached by 2030. The Hydrogen Council estimates that up to one in 12 cars sold in California, Germany, Japan, and South Korea could be powered by hydrogen if major efforts are made to roll out infrastructure and scale up production. Some 50,000 fuel-cell buses and 350,000 fuel-cell trucks could also be on the road globally, saving as much CO2 as some 3.5 million hydrogen-powered passenger cars.

To accelerate the momentum, industry, investors, and policy makers will need to step up efforts

A group of regions—led by California, Germany, Japan, and South Korea—is driving developments, spending more than $850 million annually to advance hydrogen and fuel-cell technology (Exhibit 4). Other countries are following with vigor, including China, which is starting to scale up its own manufacturing capacity alongside its network of refueling stations. Globally, countries have already announced they will build some 2,800 hydrogen refueling stations by 2025. That’s a small number compared with the estimated 600,000 petrol filling stations worldwide, but it would be sufficient to cover the leading markets for hydrogen vehicles if realized (the German initiative H2Mobility estimates that nationwide coverage is reached with 400 stations).

While these investments are crucial, more will be required to reach scale and lower costs. Currently, each ton of CO2 saved through FCEVs is estimated to cost more than $1,500, and a significant scale-up is required to bring the technology to a breakeven point with conventional ones around 2030 to 2035. Cost reductions, alongside the scale-up of infrastructure and increase in model choices, are a prerequisite to stimulate customer acceptance of the technology.

While the annual total investment need of $20 billion to $25 billion until 2030 is a major step up for the hydrogen industry, the world already invests more than $1.7 trillion in energy each year, including $650 billion in oil and gas, $300 billion in renewable electricity, and more than $300 billion in the automotive industry. In the medium term, the investments could create a self-sustained market, turning over more than $2.5 trillion and creating some 30 million jobs along the value chain—based on current multipliers of around 12 jobs per $1 million dollars in sales in the automotive, equipment, and oil and gas industries—if the 2050 vision is realised. 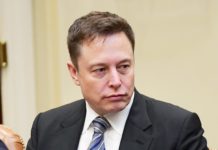