Having come to prominence as the technology underpinning Bitcoin, blockchain initially made its presence felt in the financial sector. It has since made waves in the freight and logistics industry, while clients in every sector from insurance to retail are pressing their consultants for advice on how to exploit, or defend themselves, from its disruptive impact.

The technology has long been discussed as a potential ‘game-changer’, which could not only save companies large sums of money in efficiencies, but improve security and productivity in the process. As a result, commodity firms and banks have been diving into blockchain pilot schemes over the last two years. However, a new study from The Boston Consulting Group has warned that the new technology’s application for most trading has likely been over-hyped.

A high-tech ledger system, blockchain uses a shared database that updates in real-time and can process and settle transactions in minutes without the need for third-party verification. While it has seen a great deal of excited uptake, though, BCG contend that the volume of trades through various schemes has been so negligible at time of writing that it is too early to tell how soon blockchain might reach a critical mass, if at all.

According to Antti Belt, co-author of the BCG report, despite a number of pilot schemes having been executed by companies, few have become real production scale systems yet thanks to a range of obstacles. Chiefly, blockchain was not designed for physical trades, presenting a fundamental issue of how to track a physical entity in a virtual world. Among other obstacles to scaling up the technology, Belt noted the trouble of reconciling terminologies and whether the switch to a blockchain platform is even financially justifiable.He expanded:

“The industry is very old and everyone uses a different language. How do you define quality, shipment schedules… a lot of reconciliation is currently needed for both sides. People have spent millions, sometimes over $100 million, on IT systems, do they want to do it again?”

In terms of trying to pin-point where a wider adoption of blockchain technology might start, the report suggested that interest in the wider adoption of blockchain technology would start where the primary driver for its use is certifying the source of the asset, rather than efficiency. One illustration of this is the case of the diamond industry, where ensuring the commodity’s source can avoid various abuses or instances of fraud. BCG highlighted Anglo American’s De Beers Group, which noted in May that it had tracked 100 high-value diamonds from miner to retailer, leveraging blockchain technology. While this was the first effort of its kind to clear the supply chain of impostors and exploitation, it could be the start of a key trend for blockchain.

In accordance with this, BCG suggested that hyperliquid markets are the ‘vanguard’ of blockchain adoption. A liquid market is one where there are many bids and offers and participants can easily enter and exit it for minimal transaction cost. Over recent years, digital forces have pushed commodity markets increasingly toward ‘hyperliquidity’, the state at which a market’s efficiency and transparency are at their highest possible levels, making it far removed from the traditional comfort zone of traders, who have long made their money by exploiting markets’ inefficiencies. Blockchain can most tangibly assist trade in this sensitive market, by demonstrating the source of a commodity to even those briefly engaging in the market.

Traders of such commodities subsequently have developed the most advanced blockchain infrastructure, with the majority of their volume now controlled electronically. These include commodities such as CO2, government bonds, foreign exchange and financial oil.

Now, BCG suggests that this may spread to other major companies and banks trading in less liquid commodities, carrying out tests for blockchain across things such as power, and food – with fraud costing the food industry an estimated $40 billion a year. Further to this, last year, a consortium including major banks, trading firms and producers BP, Equinor and Royal Dutch Shell also announced that they would develop a blockchain-based platform ready to go by the end of 2018, while commodities trader Trafigura set up another platform with IBM and Natixis for the US crude oil market last year. Major agriculture traders have also tried blockchain such as Louis Dreyfus Co with a cargo of soybeans.

In spite of this, the report concluded that firms should still approach blockchain with a note of caution, rather than pouring money into it as a cure-all. The document warned “Simply put, blockchain may not be the right answer for all players.” 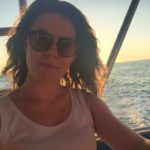 Commodities correspondent at Reuters. Previously in Nigeria. Any views expressed are my own etc. 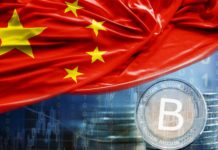 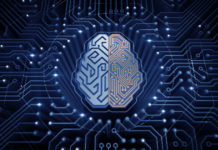